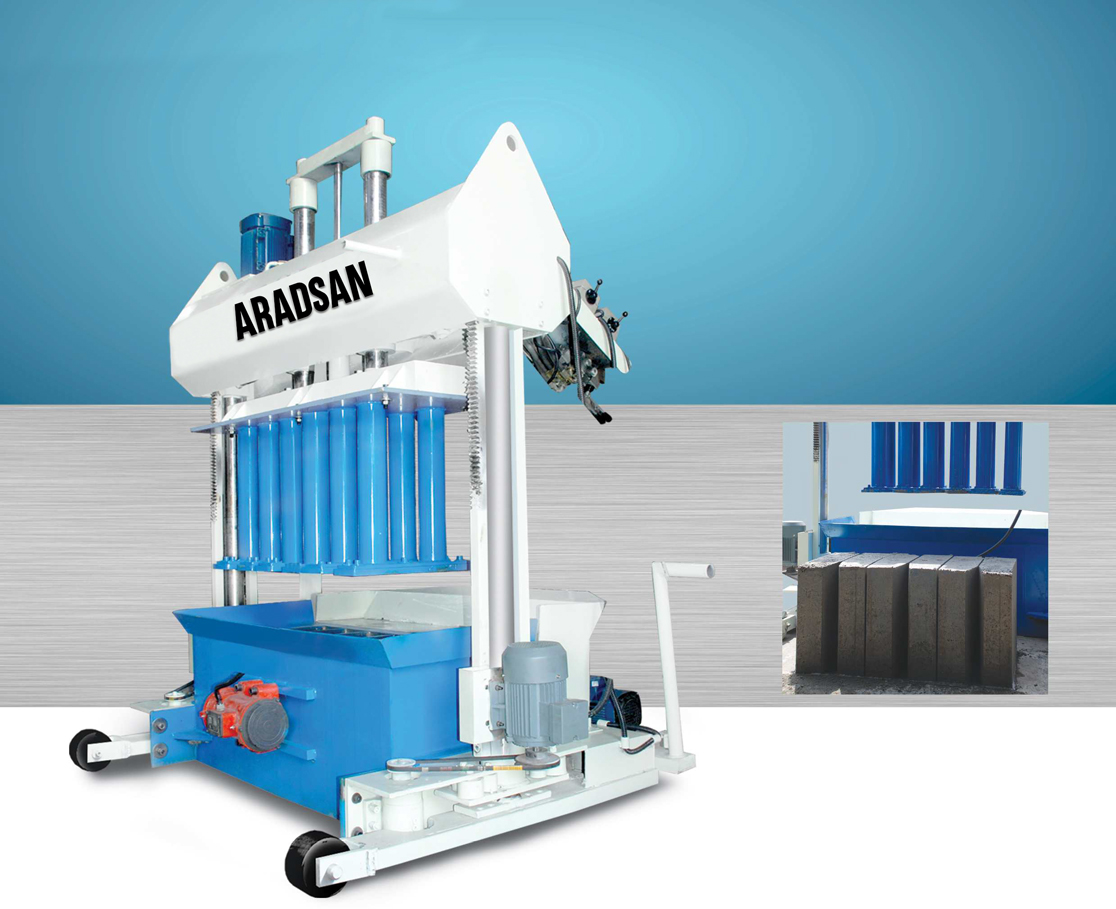 The Hydraulic Movable KerbStone Machine KAD1200, a very solid system with high performance is designed and manufactured by Aradsan Machine.

This system is semi-automatic. The mould and matrix (shoulder) are moved by jacks. This machine is consist of controlling part, eight set of curbstone mould with one electro-vibration and two hydraulic vibration, which simultaneously carry out the vibrating and hydraulic press. Maximum used surface in moulds is 126*50 cm (50 H).

The generator of the Hydraulic Movable KerbStone Machine KAD1200:

One 2 hp generator for moving

One 4 hp generator for hydraulic system