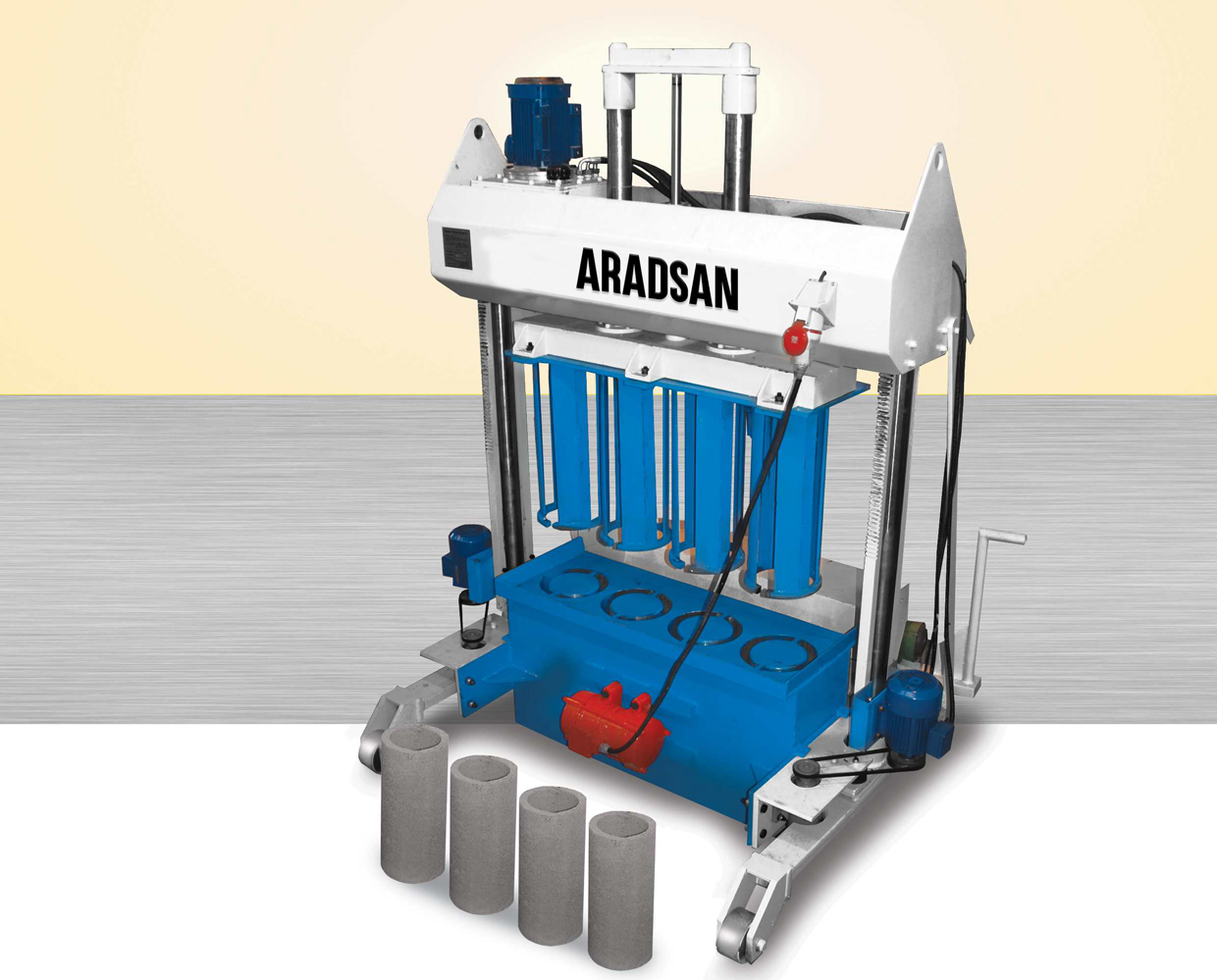 This system can produce different kinds of concrete pipes up to 60 meter height and telecommunication boxes and the other related figures.

This system is semi-automatic. The mould and matrix (shoulder) are moved by jacks. PI 1000, a very solid system with high performance, is designed and manufactured by Aradsan Machine.

Equipped with hydraulic system (two levers for pressing and vacating the products).

This system is manufactured with equipment that is made in Italy or Germany.-

The mould (system and matrix) is made from seven different types of alloy sheet.

The capacity of this system is 600 piece of concrete pipes during a working schedule.